Given the current context, we strongly recommend that you check with businesses to find out their opening hours and book your accommodations before you travel. x
Blog | Outdoor

The Bromont Ultra, a life experience in the Eastern Townships!

In just under four years of existence, the Bromont Ultra trail run has become an event that not only inspires people to surpass themselves, it also brings a significant amount of exposure to the entire region.

“I remember in 2015, when I did my first 55-kilometre run, the starting time was 7:30 a.m., but I got there around 5:30, just so I could watch the 160-kilometre runners who were on their second loop. I just wanted to be able to take in all that energy,” relates Thomas. Thomas, who at the age of 18, will be the youngest runner to toe the starting line for the 80-kilometre run at this year’s Bromont Ultra, being held in October.

The Ultra is a lot about this: a unique energy, one that is powerful and inspiring. It’s a run with distances that range from 2 kilometres, all the way to 160 kilometres.

It’s also the first-ever trail ultramarathon in the province of Québec. “Another aspect that’s really nice is that, because of the various trail distances, everyone can take part,” remarks Florence Tétrault. “You can even participate in runs as a team, notably with people who have a physical impairment. It’s really touching to see them as they cross the finish line.” The 23-year-old Tétrault will be running in the 80-kilometre relay this year.

Gilles Poulin, the man behind the Bromont Ultra, is in total agreement that the event is much more than a race. It’s an experience that allows you to exceed your limits, whatever they might be.

“I have as much admiration for a person who runs 5 kilometres as I do for someone who does the 160 kilometres,” he says. “I admire anyone who takes matters in hand, who goes beyond himself or herself and inspires the people around them to do likewise. When you look at it from this perspective, the Bromont Ultra is a driving force.”

Originally from Québec City but a resident of Bromont for about 20 years now, Poulin, the long-distance runner, started running “100-milers” in 2011. That prompted the idea of creating this type of event himself, locally, in Brome-Missisquoi. Accustomed to collecting donations as part of his runs, Gilles Poulin had the urge to encourage his fellow citizens to make a similar gesture. “Fund-raising is actually a big part of the Bromont Ultra,” he explains. “Half of the money raised goes to non-profit organizations and half goes toward organizing the event. If we have a surplus, we invest the money in charitable causes.”

An event in nature’s splendor!

While being a part of the Bromont Ultra is a unique experience in itself, doing it here in the Eastern Townships makes it even more outstanding. “People are able to discover our gorgeous region through the Bromont Ultra,” notes Gilles Poulin. “It’s a truly magnificent environment, the mountain is superb, and along with that you have the colourful fall foliage. The Bromont Ultra certainly compares favourably with other runs of this type.”

Florence is of the same opinion. “And besides, the temperature in October is just right for a run on the mountain!” After spending time on the mountain (she worked there as a ski monitor and patroller), Florence ended up answering its call. “I’ve always been quite active,” she relates. “I was used to road courses, but a mountain run is certainly another challenge.”   After a 12-kilometre, then a 25-k and the 80-k relay she ran last year and is doing again in 2017, it’s safe to say the Bromont Ultra is now a part of the young athlete’s life. “I like the diversity of the trail,” she states. “And it’s really pleasant to be able to run on different mountains, such as Mont Gale and Mont Oak, in one single run.”

And what does Thomas find the most fun? Being able to go beyond himself. “For me, running is 50% physical and 50% mental!” he states. A Bromont native, Thomas is still a staunch admirer of his native region and “his” mountain. “I find that our part of the country has some really breathtaking landscape,” he says. “And it’s a huge playground for outdoor enthusiasts.”

This year, 1500 runners will be at the starting line, in the various distances. Everyone has their own reasons for being there. But each of them will enjoy an experience they’ll never forget. 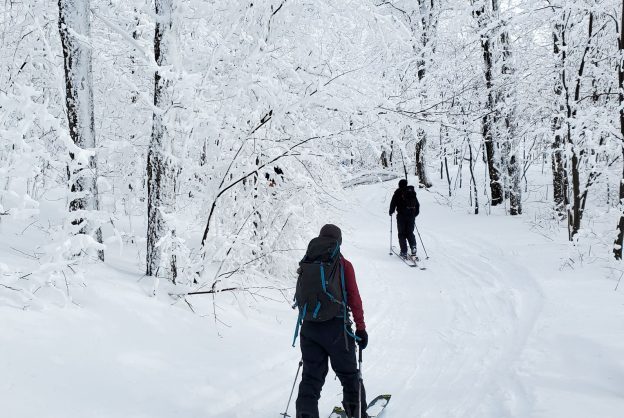 Discovering the Summits of Bromont Through Alpine Touring 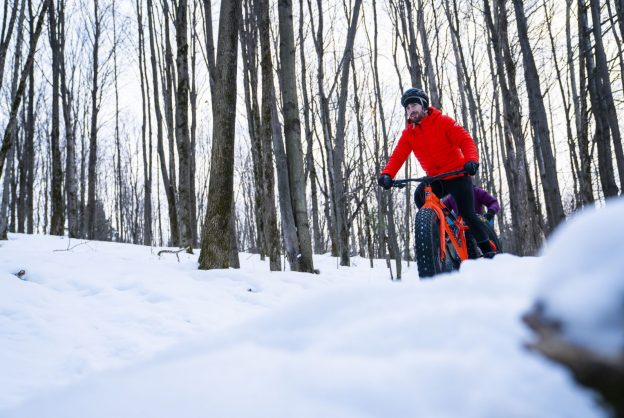 Where Can You Go Winter Cycling (Fatbiking) in Bromont?

The Parc des Sommets de Bromont is known for its vast network of trails specially designed for mountain biking. The good news? […] 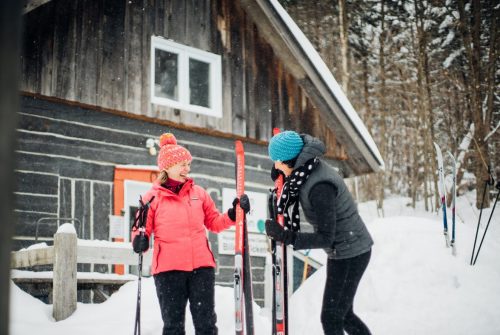