A Trip Through the Meanders of History

Sitting by the fire, legends come alive through those who tell their stories. The Townships Trail will also have you experience some extraordinary tales. Here, you enter the past via the routes that will take you across historic villages as you learn about their monuments, buildings and houses. Through storytellers and guides, you’ll be able to imagine yourself as an Irish rebel, a prohibition outlaw or even a Loyalist settler. 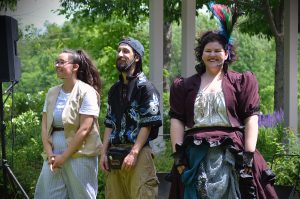 Ghost hunter Glenn Stevens has been tapped to investigate. Thanks to his paranormal detection doohickeys, he discovers that the disturbances are indeed the work of a spirit. But not just any! It’s the ghost of Queen Lil, a manageress looking for her precious ring.

2022 CALENDAR OF REPRESENTATIONS (in English only)

Long considered as the county seat, this typical urban town is home to three churches as well as several historical residential and commercial buildings. Bedford also hosts the oldest agricultural fair in Quebec.

John Savage, an Irish-born loyalist, arrived in 1793 to settle this section of the Shefford Township. Later, in 1888, the area would take the name of West Shefford. Today, it is called the Vieux Village and by conserving its “Olden Days” charm, it is considered as the heart of the town of Bromont.

This municipality has an important industrial heritage, especially for the textiles industry. Here, we find homes built in the Second-Empire architectural style and others with Victorian details. There is even a Queen-Ann style home.

The Bruck Museum houses among others, the Bruck-Lee Permanent Collection. This series is composed of more than 75 works of art by Alexander Y. Jackson (of the Group of Seven) as well as works by several artists of the Beaver Hall Group.

The loyalists were the first to settle in the town of West-Farnham in 1790. Built in 1904, St-Romuald Church is well worth a visit to admire the 34 paintings by the renowned artist, Ozias Leduc, presented through the Stations of the Cross.

Around the end of the 1790s, Abram Freligh, a loyalist physician arrived from the state of New York, to settle in Frelighburg. Today it is considered as one of the most beautiful small towns of Quebec. In 1839, his son Richard built a flour mill on the shore of the river; It was later restored and is visible from the road leading to St-Armand.

The beautiful town of Lake Brome allies its Victorian style and loyalist ancestry to its rich built heritage. The oldest hotel in the Eastern Townships, Blinn’s Inn, today known as Auberge Knowlton, has been offering visitors board and lodging since 1849.

Located in a series of historical buildings, this museum traces the history of local citizens over the past centuries. There is a kid’s museum which will have both young and not so young, experience everyday life during the 19th century. You’ll also be able to admire a Fokker D-Vll, a fighter plane dating back to the First World War and one of the only remaining original examples of its kind in the world.

Settled in 1784, Saint-Armand is the oldest settlement of the MRC. Here you’ll discover Simon Lyster’s cabin, the oldest Loyalist-style construction of Quebec.

Europeans were the first to settle in Stanbridge-East, in 1796. Very soon, in 1830, they had already established a post office, a bank, a tannery, a masonry, a foundry and a wheat mill.

With its three sites (The Cornell Mill, The Wallbridge Barn and Hodge’s General Store) and its numerous exhibits, the Missisquoi Museum offers its visitors the opportunity to travel back in time and discover the fascinating stories of local personalities, families, businesses and enterprises that have shaped the history of the region of Missisquoi for over 200 years.

Sutton is known for its peaceful countryside. American loyalists, British and Scottish immigrants all came to settle in the area around the 1790s.

Museum of Communications and History of Sutton

The Museum of Communications and History of Sutton is dedicated to diffusing Brome-Missisquoi’s socio-economic, cultural and industrial history. Every year, the museum offers a new temporary exhibit.

Experience a journey through time! Located just an hour from Montreal in Quebec’s beautiful Eastern Townships along the Route des […] 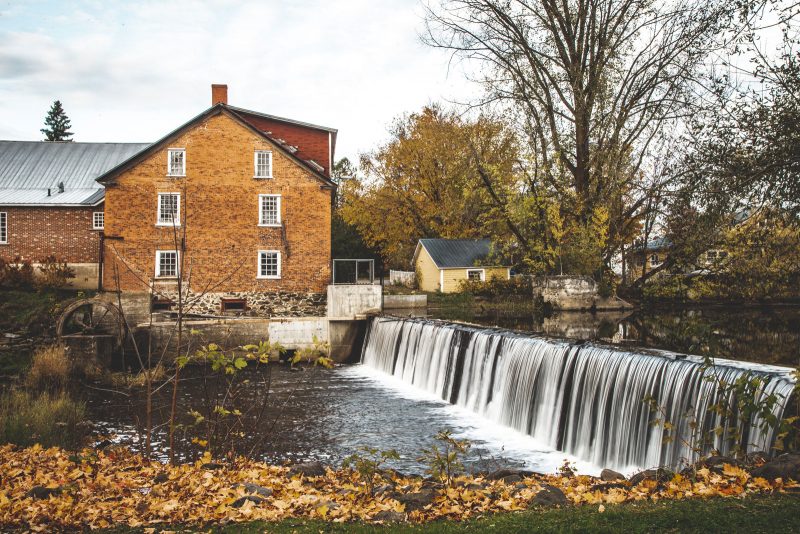 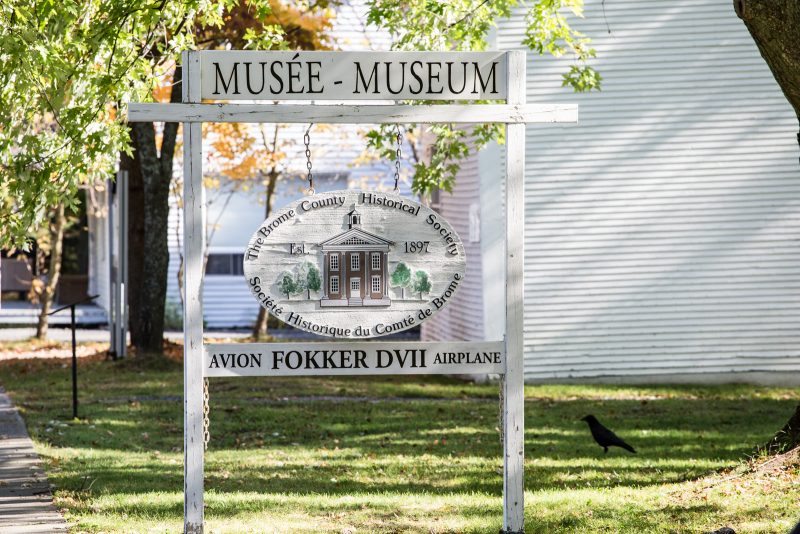 The Bruck Museum, an important heritage building in Cowansville, is a former art center that houses the Bruck-Lee collection, a […] 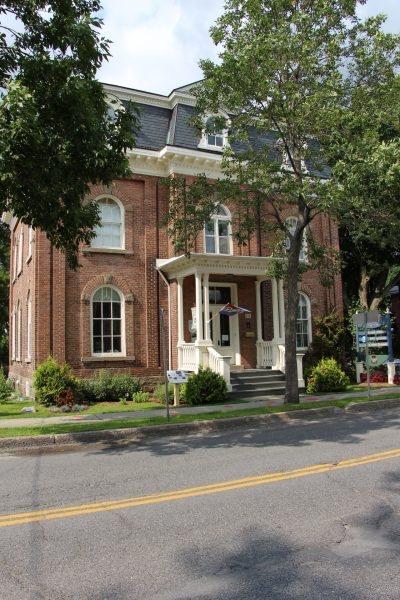 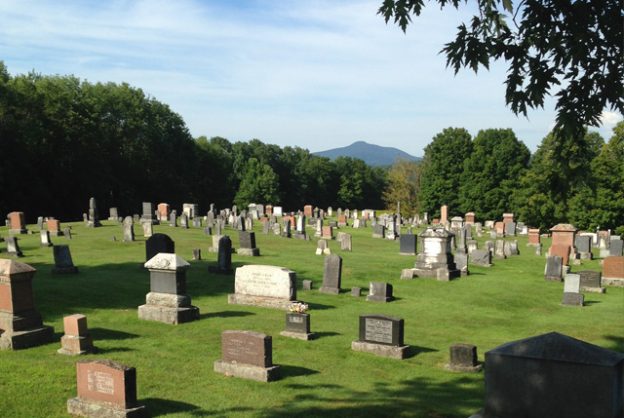 Last week I set out to explore Sutton’s Heritage Circuits, a sort of treasure hunt that made me discover many […] 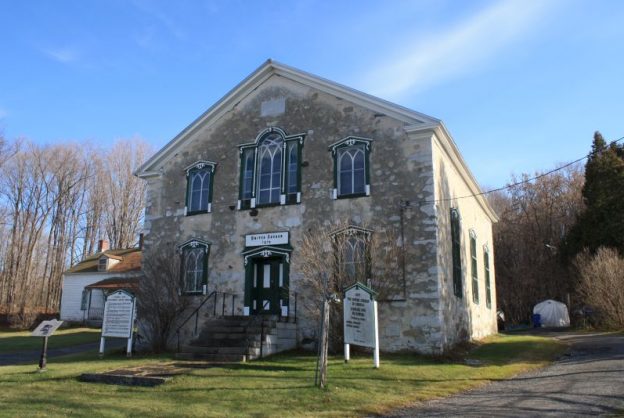 The development of the Eastern Townships began with the American Revolution and the arrival of the Loyalists. Among them many […] 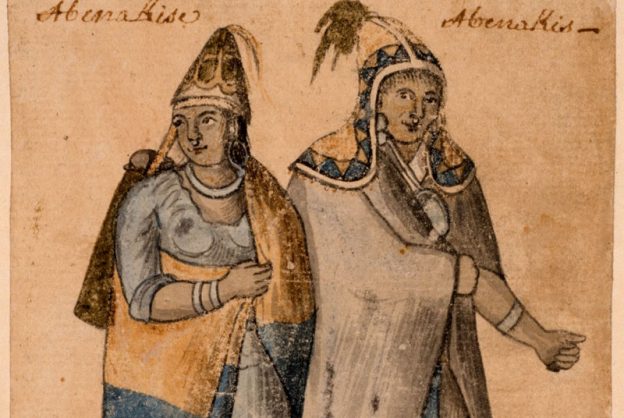 Memories of the Abenaki First Nation in the MRC Brome-Missisquoi