Graphic novelist, silkscreen artist, scriptwriter, editor, printer. . . Simon Bossé’s many talents are clearly visible with each production, including the labels he creates for Brasserie Dunham!

For the past four years Simon Bossé has been working in collaboration with the microbrewery. In fact, he is not only responsible for labelling their beer, he also signs all the enterprise’s branding. What once had been a part-time endeavour is now a full-time association. Originally from Montreal’s south shore, Simon explains that “It was what gave us the incentive to move to the area, three years ago.”

Like many artists, Simon felt his artistic calling at a very young age. In fact, especially throughout the 1990s, his work found its way into the limelight in Montreal’s underground art world. His sometimes off the wall drawings, his somewhat abrasive style and because he develops all his projects himself from beginning to end —from conception to distribution, along with printing and editing his work—and, by doing so he has created his own brand. He explains, however, that “it’s not really the case anymore, not that my style or my way of doing things has changed, but rather, because today, doing things yourself, as a true craftsman, gives it an added value and a certain measure of nobility”. Since his early introduction to fanzines, Simon has always loved the craftsmanship that sustains his art. He has always found it very satisfying to be able, by using some ink, transform a pile of blank pages into a unique book, a work of art. 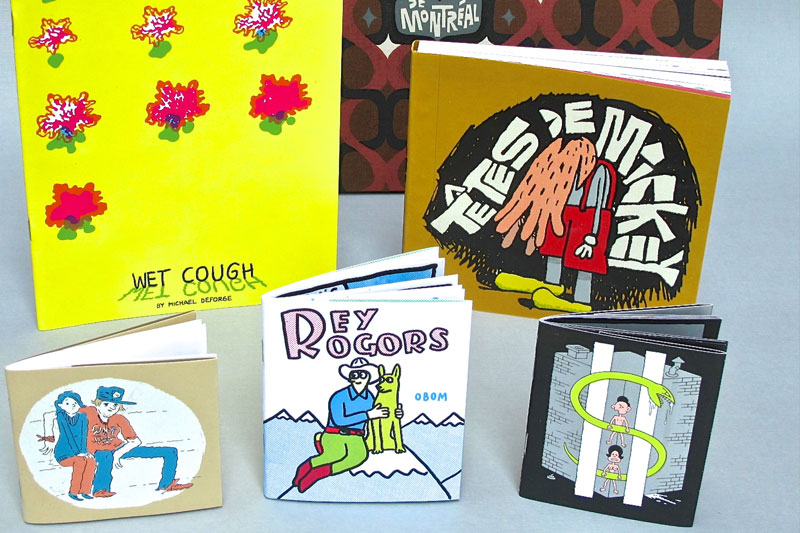 His books have been sold in small independent libraries all over the world. He is also very interested in artists and creative artisans from around the globe. He even sells some of their books in the boutique space he has set up inside Le Relais de la Diligence, where the brewery is located. He loves exhibiting his favourite pieces as well as his own production throughout the building. He is presently renovating a little workshop where, once again, he will be able to create and edit, print and bind his books while working for the Brasserie. It’s all slowly taking shape. 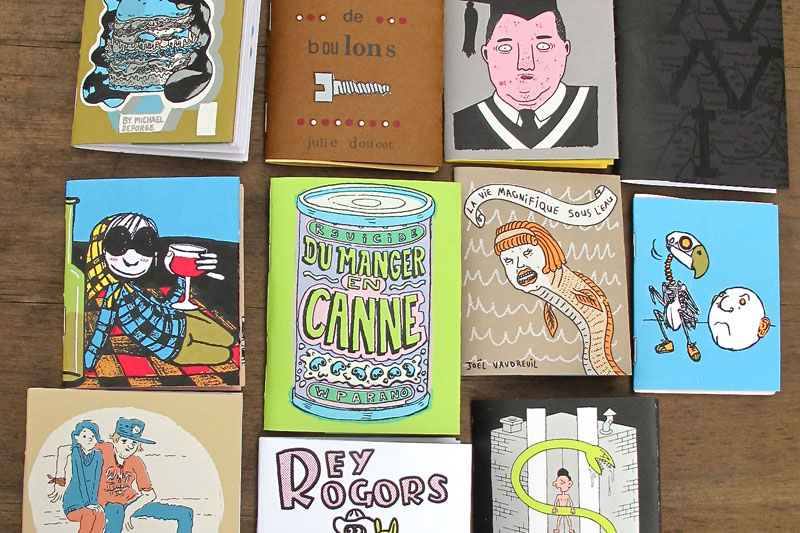 His participation, at the Dunham Christmas market goes well with his love for handmade objects. “I’m collecting a small inventory of stuff to sell,” he says. So, for the event, on December 16 and 17, Simon’s workshop will be quite festive because the Marché will take place at Le Relais de la Diligence.

What’s next? Offer editing, silkscreen and other workshops. . . Organize small annual graphic novel fairs in Dunham. . . Projects, lots of projects are brewing inside Simon Bossé’s creative mind. In the meantime, if you would like to take a look at his work, head out to Dunham for the Christmas Market . . . or, for that matter, go whenever you want!