Due to COVID-19, some of the events and attractions listed on the website may be cancelled or closed. We recommand that you verify opening hours before traveling. x
Blog | Inspiration

Americans in love with the Eastern Townships

More and more Americans are literally falling in love with our region; a feeling that many will have for the longest time! This is what happened to Marjorie and Robert Sparrow from Massachusetts.

Ever since they handed over the reins of their Cape Cod cafe to their children, Marjorie and Robert have taken advantage of their new-found freedom to travel. In fact, the Eastern Townships has become their destination of choice, having discovered it a few years ago. “I was taking French evening classes and wanted to immerse myself in the language. So, Robert and I headed north to Quebec City along with a few others. On our way, we travelled through Magog, that’s when we fell in love with the area.”

The atmosphere, the food, the views… The Eastern Townships offered everything the couple wished to return to. “The second time we visited the area, we stopped in Sutton and once again we fell under the charm of the Brome-Missisquoi region,” says Marjorie. We also came across many warm and friendly little towns such as Frelighsburg, and Mystic. In fact, the more we extended our stays, more we discovered things that made us want to come back again and again.

The Sparrows have been totally enthralled by the mountain landscapes, hiking trails, Route des Vins and the wonderful wines they’ve tasted, Dunham’s microbrewery beers, which they adore, the incredible food offerings they’ve discovered as well as the welcoming inns or other lodgings where they spent their evenings. This American couple has been praising all of it to their family and friends as well. “A few years ago, we came with a group of 25 people! Some were somewhat acquainted with the area, but for many, it was their first stay.”

In January 2018, Marjorie and Robert, along with some of their friends, plan to return and explore Bromont and its surrounding countryside. “We want to visit the Chocolate Museum and enjoy some of the great restaurants established in the area,” says Marjorie.

The couple strongly recommends that visitors from the U.S., or anywhere else for that matter, stop at the local Tourist Information Centers where they will find a ton of interesting ideas about things to see and do, says Robert. “We truly feel that the people who work there, love their region and are happy to help tourists get the most out of their stay.” 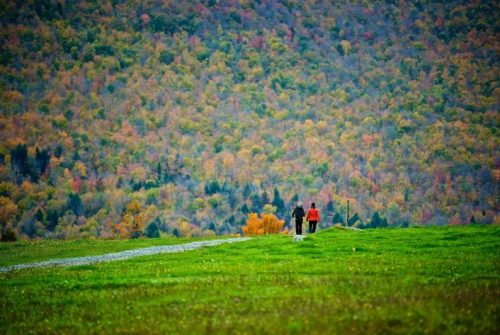 What Can You Do in Brome Missisquoi This Fall

Fall is my favourite season. I love when the cooler air comes in on a beautiful sunny September day. I’m […]

You can expect to have a great time when, on an autumn weekend, you drive out and escape to the […] 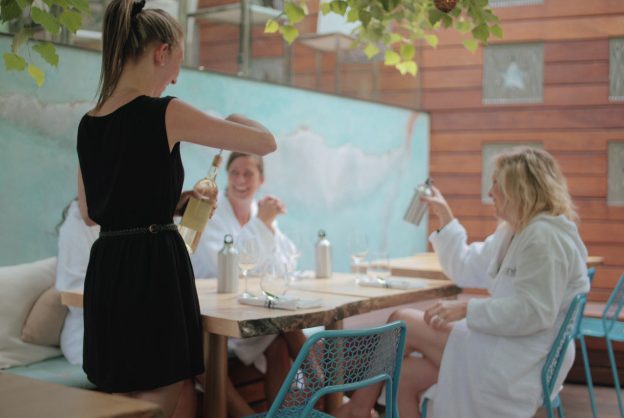 7 TERRACES TO DISCOVER THIS SUMMER

Gone are the coats and the chilly weather, and let’s say hello to sunglasses and warm sunshine! Summertime means terraces, […]