Did you know that the Brome County Historical Museum has a German war plane from the First World War? Invented in 1917 by Anthony Fokker, a Dutch engineer and built by the German constructor Albatros Flugzeugwerke, the Fokker D.VII is a rare artifact in Brome-Missisquoi. In fact, the museum exhibits one of the only five Fokker D. VII. planes from the First World War still in its original condition. 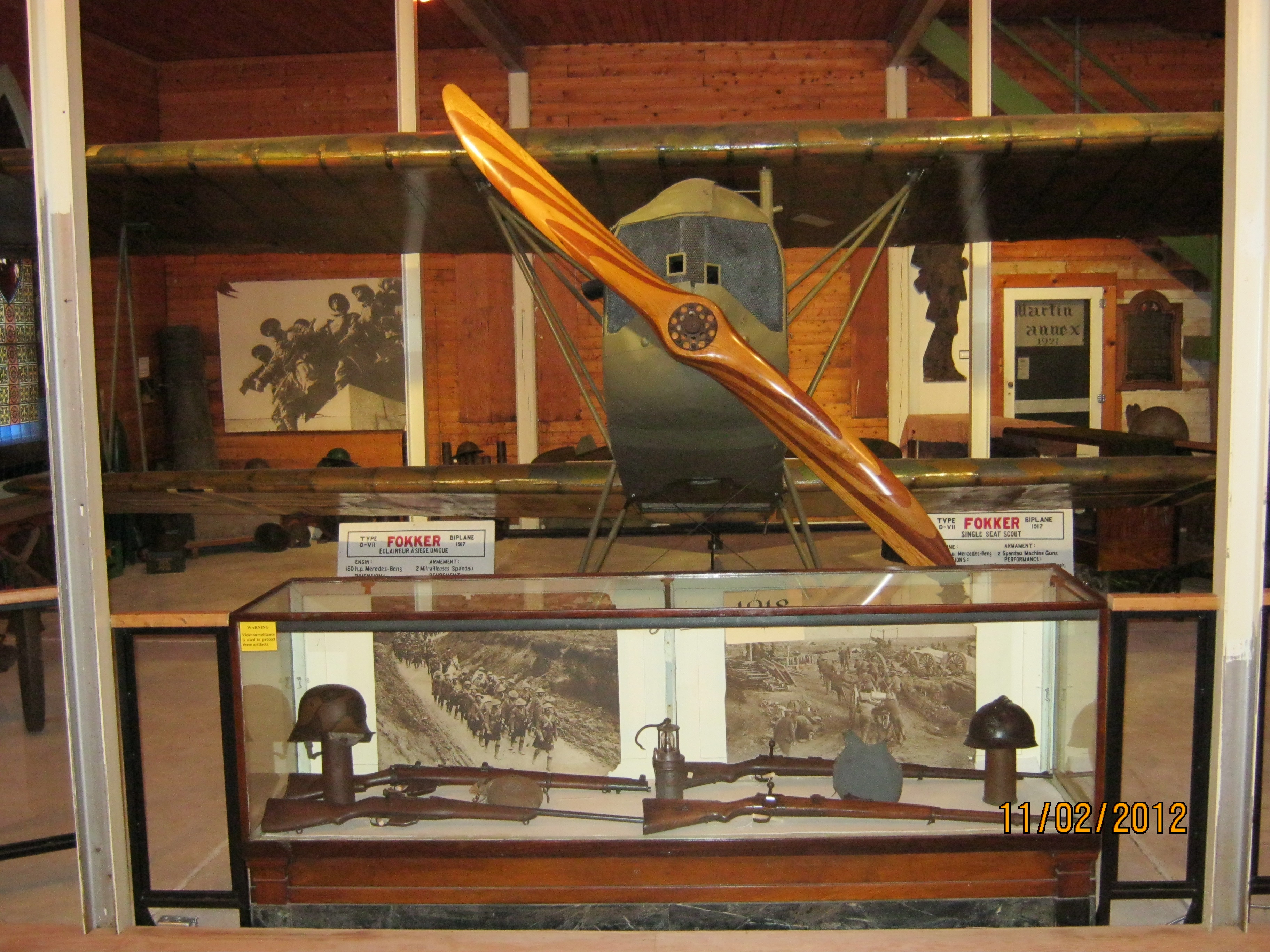 The plane of the Brome County Museum is the only example in the world still having most of its original canvas covering designed with the five camouflage colours used by the German military aviation between 1917 and 1918. The other specimens still in existence can be found at the Smithsonian National Air and Space Museum in Washington DC. in the United States, the Musée de l’Air et de l’Espace du Bourget near Paris, France, the Deutsche Museum in Munich, Germany and finally at the Royal Air Force Museum located in Hendon, Geat-Britain.

When the Fokker D.VII appeared on the western front in 1917, the ally pilots underestimated it because of its lack of aerodynamics as well as its size in comparison with the German Albatros fighter plane, Baron Von Richthofen, the Red Baron’s plane. Nevertheless, the Fokker D.VII was equipped with a BMW motor attached to its propeller, allowing it to spiral as it dove to the very limits of stalling, or to be able to shoot at full speed into the unprotected underside of the allies’ two-seater scouting planes.

The plane’s unique ability to maneuver in midair will spread terror among the British and French ally pilots. As early as in January 1918, the Fokker D.VII was said by many to be the best fighter aircraft of the First World War. As proof of its formidable military efficiency, the Fokker D.VII is the only plane to be specifically named in the Armistice of November 11, 1918, which instructed that all Fokker D.VII planes be confiscated by the victorious ally countries.

Two years after the November 11, 1918, Armistice, George G. Foster, Senator of Brome, who studied at Knowlton Academy, succeeded in obtaining a Fokker D.VII plane from the Canadian armed forces as a regional trophy of the First World War. Along with an old schoolmate, who became President of the Martin-Senour Company in Chicago, Zelotes E. Martin, Senator Foster decided to build a war museum in the Town of Lake Brome. The building was inaugurated on August 16, 1921, by the Prime Minister of Canada during the First World War, Sir Robert Borden. So, without realizing it, the museum then became the owner of a prestigious aircraft, presently the only surviving one among the twenty-two planes given to Canada after the First World War.

On his website, Bill Maloney, a specialist for Canadian war museums, explains that in 1923, an employee of the Brome County Museum had cut through the canvas of the plane while sweeping the floor. The increasingly degrading torn canvas was sent to the Trenton, Ontario military base to repair all its damaged elements.

In order to preserve the authenticity of the canvas, the specialists used pieces of refurbished canvas with the help of the four colour tones provided by the Smithsonian National Air and Space Museum in Washington, DC. This repair is known as “Knowlton Pattern.’ After a brief stay at the Canadian War Museum in Ottawa, in 1963, the Fokker was returned to its ‘home’ in the Martin Annex, where it’s exhibited for the public still today.

Where to Find Antiques in the Eastern Townships

So, you’ve just moved to our wonderful region and now you’re looking for that unique object that will enhance your […]

Since Antiquity, horses have been true human allies as much in wartime as for commerce and agriculture. Early on, men […]