Given the current context, we strongly recommend that you check with businesses to find out their opening hours and book your accommodations before you travel. x
Blog | Gourmet delights

Sunflowers, the plant we associate with Van Gogh, and the Mediterranean climate, yet originally from North America, grows amazingly well on the farm of Arôme des Champs and its well-drained, light and gravelly fields, in Bromont, on American soil!

In the hands of this foursome, Joany Brodeur and Martin Vallée, assisted by Joany’s mother and step-father, Johanne Brodeur and Pierre Verly, the inflorescences of this plant, almost 2 metres high and harvested in mid-September, have opened up Bromont’s terroir along the Chemin Pierre-Laporte, by Autoroute 10— A definite advantage if you’re selling directly from the farm.

Having been actively involved in the organic production of corn, soya and cereals for 25 years, delivered by the ton in tractor-trailer trucks, Pierre and Johanne wanted to get closer to their consumers, explains Joany. She herself aspired to return to her hometown after having cumulated five certificates in three universities and after having started a career in support of business mentoring and entrepreneurship in the Outaouais region. Today, this is the project she holds dear to her heart, along with Martin, a computer engineer born in the Monteregian plains and whose father had an agricultural mechanic business. We can take the guy out the tractor but not the tractor out of the guy! 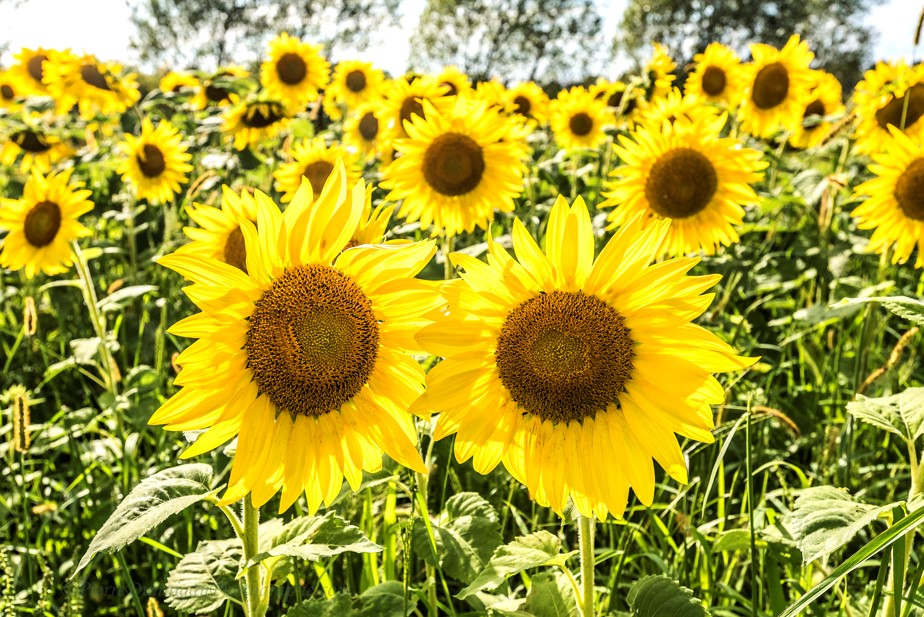 The same goes for the gal! Joany had been producing organic vegetable baskets for two years, before she left the farm to better return five years and two babies later! The opportunity was too great: The Moulin des Cèdres’ oil production division, owned by the Dewavrin family, Quebec pioneers in the production of sunflowers, was ready to change hands. Therefore, the Brodeur-Vallée-Verly clan started to produce and transform sunflowers for the first time in 2019. The experience was conclusive even as they dealt with all the challenges brought about by opting for an organic approach. They saw a third of their crops destroyed by birds and they had to control weeds simply through mechanical tilling. They also had to manage the spread of sclerotinia, a fungus disease avoided by not planting sunflowers in the same field more than once per five years, or even more.

OK, the Agricultural Engineer, let’s talk about the oil, please! The seeds, with their impressive 35% fat content, are grinded throughout the year for more freshness and cold pressed at less than 400 C. The oil is then naturally filtered over a period of two weeks before being stocked and bottled to preserve it rich vitamin E content and omega 9 oleic acid, an artery-friendly mono-unsaturated fatty acid. Its delicate yellow hue and its lipid composition make it the queen of all cooking, vinaigrette and marinade bases and can even be used for making bread or pastries, says Joany.

The farm boutique isn’t open to the public during the pandemic; However, visiting their online boutique is a must. In fact, the business, is a member of the Coop Agrobio du Québec and also distributes agricultural sustainably produced seeds, flour, flakes and peas. Drop by during the first weeks of August to take the most vegetal of selfies ever as these big yellow flowers are spectacular and in full bloom. 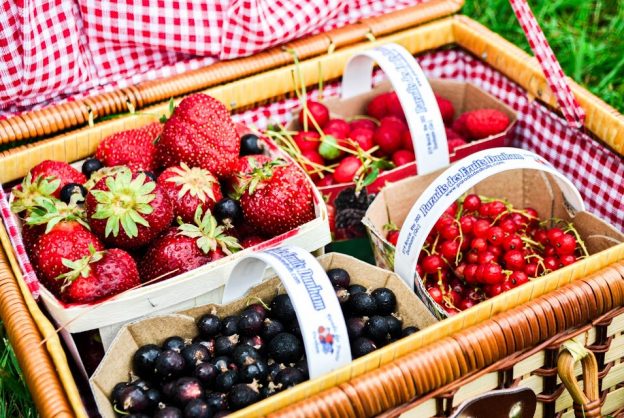 Self-Picking: Our Agritourism Farms Are Welcoming You to Their Fields

Within the next few weeks, the self-picking season will be in full swing everywhere in the province. After finally having […] 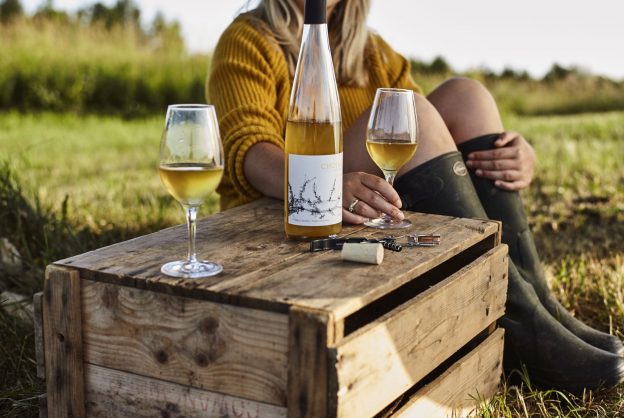 The Renaissance of Quebec Ciders

Quebec ciders, farmhouse, hopped, sparkling natural, fermented with wild yeasts, aged in oak barrels, macerated on grape must… Has the […] 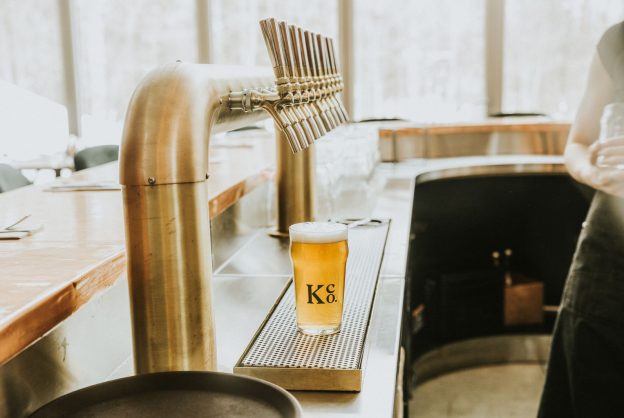 Finally, the Town of Brome Lake now has its own microbrewery! A public house where you’ll be happy to relax […]