John Murphy, for the love of wood

John Murphy can go into his workshop, which is located right beside his home in Sutton, very early in the morning, and he might not leave the place until late in the afternoon. What’s he doing while he’s there? He’s working with wood, for hours on end.

After spending 37 years as a helmsman on freighters traveling on the Great Lakes, John Murphy has been on terra firma for the last four years.  He retired from his job and can now devote full time to his passion: cabinet-making. John Murphy started to tap into his talent for woodworking in 1985, the year he bought his house in the Eastern Townships, and he decided at the time to make his own kitchen cupboards. “I started off by having a shop in the basement to do my woodworking, before I built a workshop next to the house,” he relates. So, you might say he also expanded his passion!

And he also extended his talent, because after so many years of practice and trial and error, John Murphy is now a master in manipulating wood.   Especially when it comes to making cutting boards. They are often made with “end grains” (for greater resistance), from various types of wood, which enables him to create different motifs on the boards. John also makes rolling pins, wooden bowls, jewelry boxes, and occasionally some furniture. And he does all of this with the same joy as when he started. 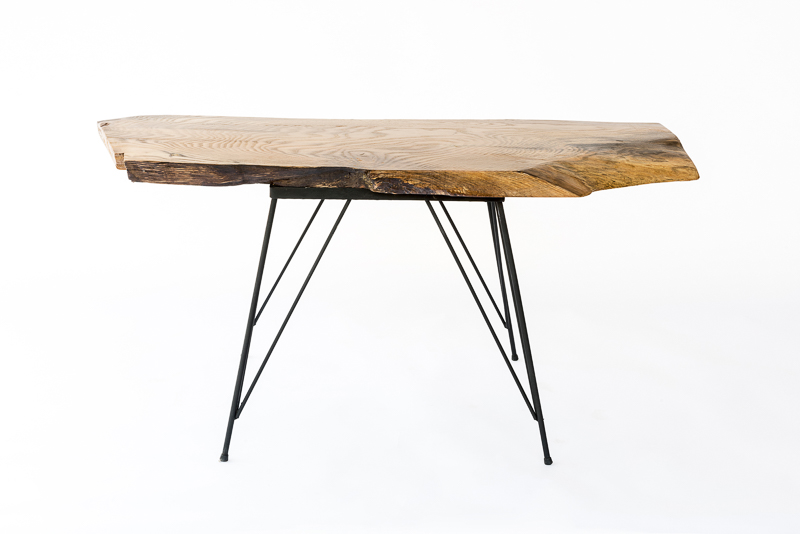 Passion on a human scale

John Murphy doesn’t spend all this time in his workshop to make money on his creations; he’s more interested in maintaining his love for what he does. “I don’t think about the financial aspect,” he remarks. “I do it simply because I enjoy working with wood; it makes me feel good and it allows me to express my artistic side. And I think there’s an artistic side in all of us.”

But you won’t find this artisan’s creations in stores or online. “What I like to do is make the tour of craft fairs, arts and craft shows and Christmas markets,” he says. “I want my hobby to stay on a human scale, and I enjoy these events because they provide me with the opportunity to chat with people.”

Would you like to chat with John Murphy? Well, you’re cordially invited to attend the Sutton Christmas Market, November 25-26 and December 2-3. And while you’re there, take some time to cast a glance or feast your eyes on the magnificent pieces of work John Murphy has turned out.