Do you have a family doctor? That’s great, but this doesn’t exempt you from continuing to take care of your health with a Family Farmer! Of course, you’re well aware that your health also depends on what you eat. So, what could be better than choosing local, organic seasonal products?

Created in 1996, The Family farmers Network brings together 141 certified or pre-certified organic farmers in Québec and in New Brunswick, of which 16 can be found in Brome-Missisquoi. The Network is part of what we generally refer to as a short circuit take-to-market approach which encourages establishing direct links (without any intermediaries) between producers and consumers. The majority of its members are fruit and vegetable growers who offer their produce baskets; however, several livestock farmers are also part of the group. 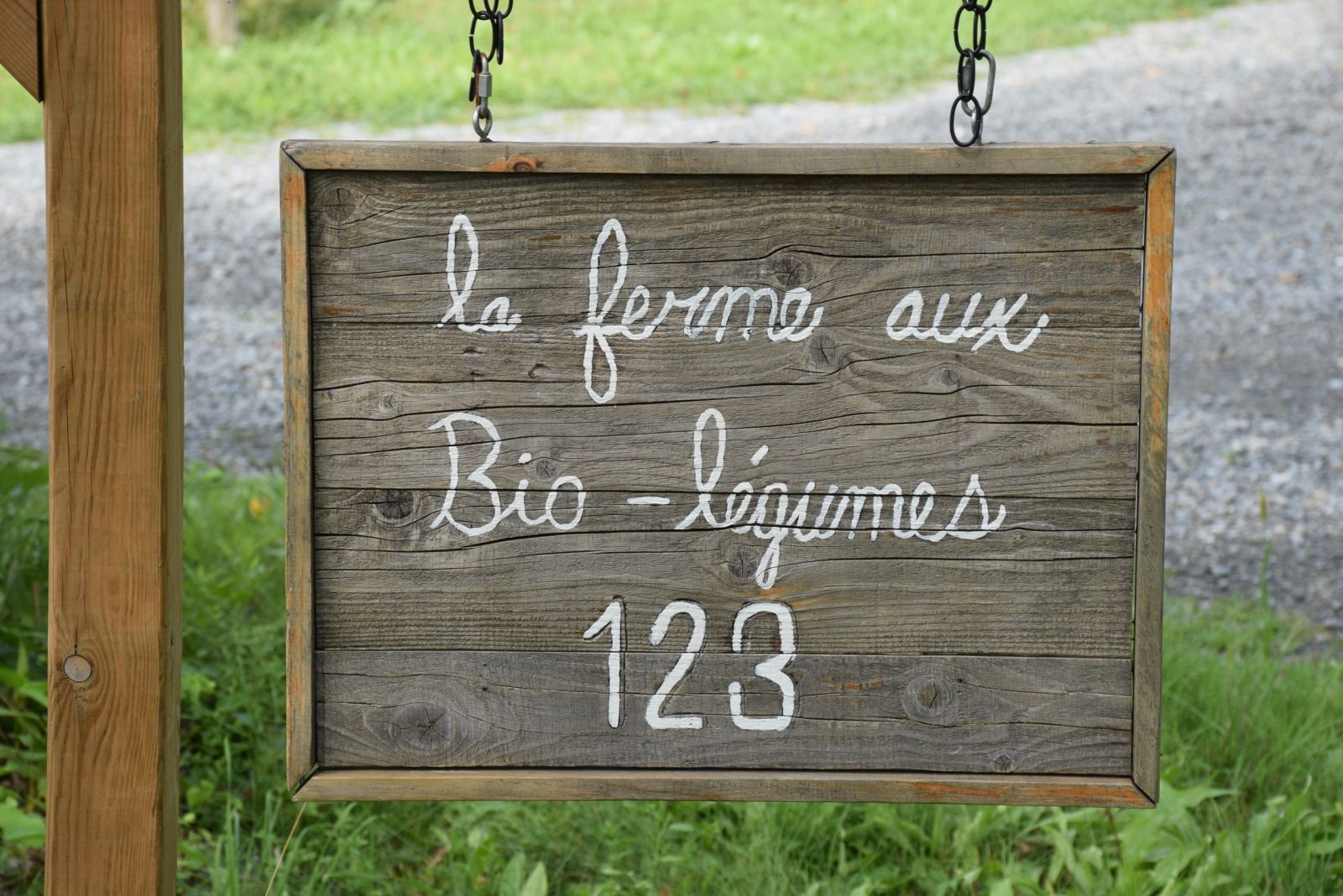 I went to get my first vegetable basket of the season and began talking to Alexandre, from the s, in Brigham. The idea clicked with this music conservatory graduate, who doesn’t come from a farming family, when he saw a report on La semaine verte featuring Les Jardins de la Grelinette, in Saint-Armand. Then came several months working in greenhouses, studies in agriculture, and finally, an internship at the end of his program at the Ferme Samson et Fils, in Farnham.

He made his first basket deliveries in the summer of 2015. While developing a parcel at the Verger de la Montagne in Mont-Saint-Grégoire, he was already planning much bigger projects and was especially hoping to carry them out far from this intensive agricultural region. That same summer, thanks to the MRC of Brome-Missisquoi’s Banque de terres agricoles (now L’ARTERRE), he signed a lease to develop some farmland that had been left uncultivated for the last 20 years. That year he began by producing 20 baskets, and has expanded his production to 200 baskets this year. 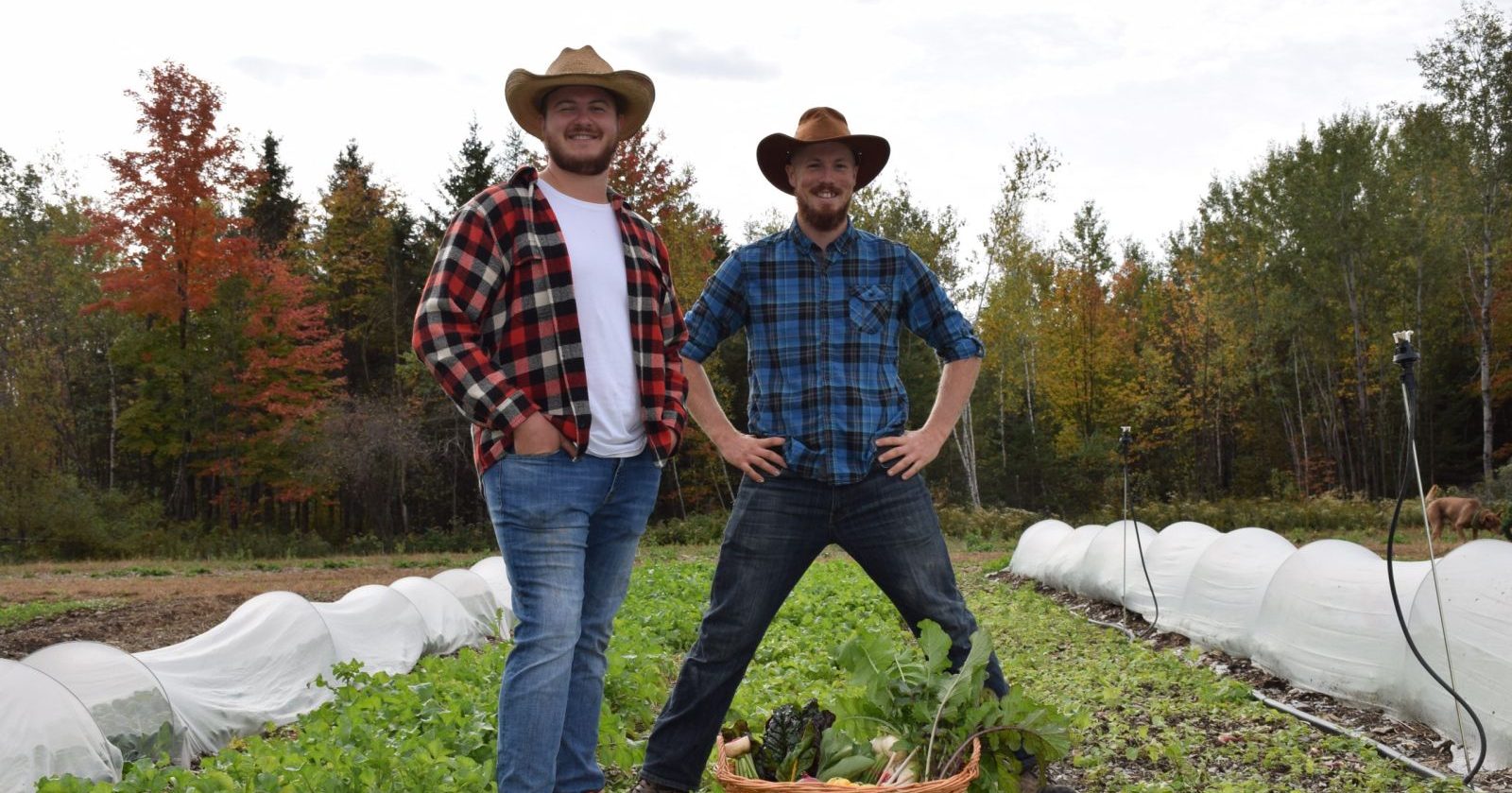 From the outset, Alexandre decided to offer prepaid vegetable baskets, both to start the season with some peace of mind, but more importantly to establish a direct contact with consumers by welcoming them to the farm every week or by heading out to meet them with his deliveries. This way, he stays close to his customers and has a better idea of what they want. (Alex, if you’re reading these lines, I hope that the savory is doing well!) Some of his customers have been with him since the start, and they’ve become good friends.

Buying from a family farmer is the best way to know where the food you eat comes from and how it’s produced (traceability). It’s also, of course, a great way to put a face on a name and to establish a direct and sustainable relationship with a local producer. Personally, what I most appreciate is to be able to ask him questions about his production methods, to talk about what I like or even to ask for some recipes! About that, have you ever tried grilled turnips with garlic flower?

To learn more about our Brome-Missisquoi producers and to register for reserving your produce basket, visit… 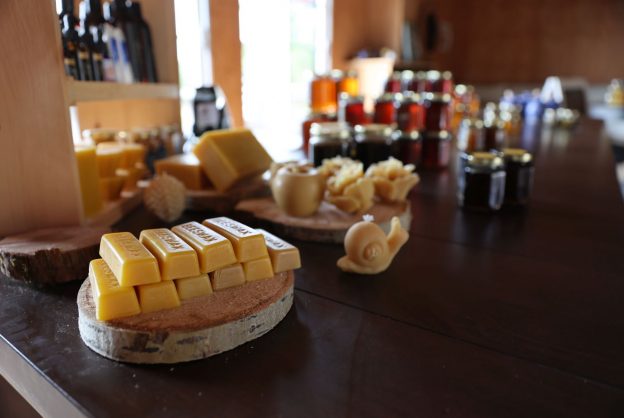 Beekeeping and Happy-Culture in West Bolton

If you’ve driven or biked through Brome-Missisquoi, admit it, you’ve never set foot in West Bolton, this (too) well-kept secret. […] 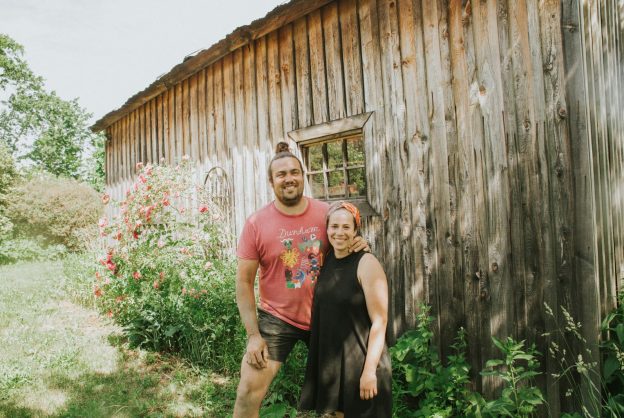 Les Sœurs Racines, Offering their Heart and Their Vitamins

Plants, animals, but also, and above all, a lot of human spirit. Welcome to the emerging organic vineyard and the […] 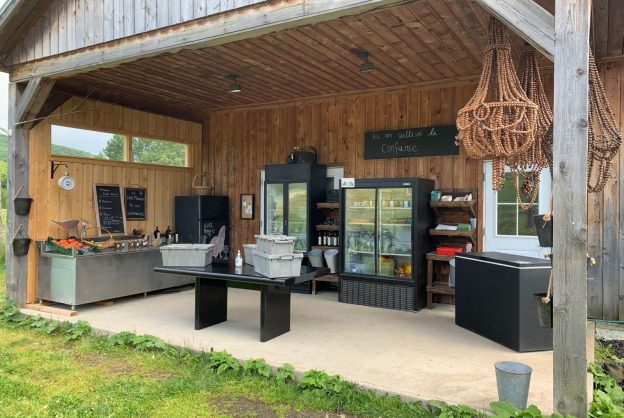 Discovering Our Nearby Farm Stands

I quickly finish my coffee before heading out on the road: for the first time since a long time, I’m […]