A Heritage Courthouse in Cowansville Since 1860

Cowansville’s courthouse is a historic remembrance place for the Brome-Missisquoi region and also for the province of Quebec, since 1866. This was the year when sixteen captured Fenian prisoners were brought, under the strict protection of several Canadian government detectives, to be tried in the Sweetsburg court. From London to Washington, the “Sweetsburg Trial” had great diplomatic stakes tied to it.

Built in 1860 in the town then known as Sweetsburg, now part of the municipality of Cowansville, the courthouse is still in operation today. This public building constitutes an important historic heritage for the Brome-Missisquoi territory because of its rich judicial past and for all the criminal cases as well as misdemeanours that were tried here. Although recent renovations have been made, the façade and most of the exterior of the building have kept their historical aspect. The courthouse was first established in the hamlet of Churchtown, founded by John Church in 1799 and renamed Sweetsburg in 1854. The town was annexed to Cowansville in 1964.

When the courthouse was built, it had a great demographic and economic impact on the town as several businesses established themselves along the nearby crossroads. Many lawyers settled in the town. The district sheriff, the Court bailiffs and the jailer all lived near the Sweetsburg building. Many luxurious houses with different architectural styles were also built towards the end of the 19th century on what is known today as Main Street, linking Cowansville to Sweetsburg.

A Trial Held in December 1866 Under Great International Pressure

All criminal cases as well as those pertaining to the Superior Court were heard in Sweetsburg as early as in 1862. Being under British judicial authority, in 1866, the Governor General of Canada, Lord Stanley Monck, mandated the Sweetsburg court to judge the complex case of several members of the Fenian Irish fraternity. The Fenians were captured after an attempted invasion by way of the American border in St-Armand and Frelighsburg in the area then known as Missisquoi County. The trial, highly mediatized throughout North America, was held in December 1866.

Fourteen of the sixteen Fenian prisoners had to be judged according to the judicial war measures established after the rebellions of 1837-38. The prisoners were escorted by about thirty government detectives from their Montreal prison, under the direction of the police Chief Magistrate Lieutenant-Colonel Ermatinger, to Sweetsburg. They were first taken by closed police cart to the south shore and then were put on a special train from St-Jean-sur-Richelieu to the Farnham train station. When they finally arrived at the Sweetsburg courthouse, a first incident caused an uproar when a horseman who arrived on his galloping horse and started screaming that Fenian soldiers had crossed the border to help the prisoners escape. On the orders of Ermatinger, the prisoners were taken back to the Farnham train station while a battalion of the Canadian militia was sent to Frelighsburg. This false alarm rekindled tensions in the region, where everyone believed the Fenians would return to avenge themselves. On their second arrival at the courthouse another incident had two of the prisoners fight with each other, one believing the other had sold himself out to the British.

During the first days of the trial, American and Canadian newspapers were present in the courtroom. The American secretary of state William Henry Seward sent his Montreal stationed Consul to Sweetsburg. The American journalists repeated the argument offered by Bernard Devlin, a Montreal defence attorney, commissioned by Washington, stating that no American citizen can be tried in a British court for events within political circumstances. Judge Johnson presided the court and confirmed that only Irish nationals born in Great-Britain will be judged as subjects of the Crown and thus possibly receive the death penalty. London and Washington negotiated behind the scenes in order to avoid a diplomatic incident after the results of the Sweetsburg trial.

The court identified three Irishmen as being British subjects because they were born in Ireland: Thomas Smith, Michael Crowley and Thomas Madden. The latter was injured and captured as a Fenian officer at the border. Guilty of high treason, he set fire to his prison cell mattress in the middle of the night, hoping to escape in all the chaos. The fire was quickly controlled, and Madden would finally be condemned to the maximum sentence in December 1866. However, the Crown changed his sentence to ten years of manual labour in Kingston, Ontario. Under pressure from both London and Washington, Lord Monck intervened not to make martyrs out these Fenians on Canadian soil, and because the future Canadian Confederation could not be born with the blood of these Irishmen on their hands. 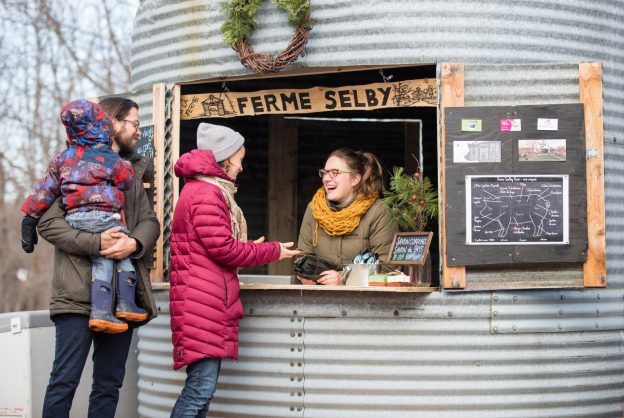